Solo Build It! (SBI!) started in January, 2001. This still-unique approach to online business-building gives you an "all-in-one-place" bundle of process, tools, updating, and guidance.

It's widely recognized as the way to build a successful online business. That's not boasting (here's the proof).

SBI! builds profitable e-businesses, not just websites or blogs. One of its 80+ modules is "BlockBuilder," a unique sitebuilder that enables folks to far surpass traditional bloggers (and all other solopreneurs, actually).

Solo Build It! constantly grows and develops to stay sharp, to keep SBI! members ("SBIers") on the leading edge. It evolves so SBIers can grow their leads by larger and larger margins over their competitors...

And We Mean Profitable...

By early 2010, SBIers were still using SBI!'s original BlockBuilder, AKA "BB1." The uniquely effective aspects of BB1 were...

A few years ago, we recognized that BB1 was getting dated... you could even say "clunky." SBIers, naturally, prefer to have "clunky and successful" over "slick but struggling."

Rather than tweak BB1, we decided to deliver a next-generation sitebuilder that keeps all of BB1's strengths and delivers an entirely new experience, one loaded with new and powerful features.

CLUNK (the sound of a jaw dropping and hitting the desk)! You have reinvented the wheel and made it a whole lot rounder so we can go a whole lot faster.

$3.5 Million and 3 Tons of Passion Later, We Give You BlockBuilder 2 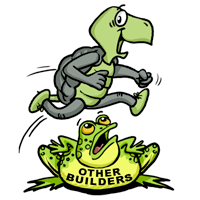 The goal was not to "be as good as the best." It was to leapfrog all sitebuilding software. We gathered the wishes of SBIers ("follow your customer") and added our own ideas ("lead your customer").

Then we did more than "just" deliver the very best sitebuilding software. We built an entirely new and modern platform upon which to run it, as well as all future developments for the next 5-10 years.

When you try BB2, you'll see that the other sitebuilders are now the ones that are way behind BlockBuilder...

It's more than the end of "clunky." BB2 is indeed best-of-breed among sitebuilders.

How Much Extra Does SBI! Cost With BB2?

SBI! never increases in price. Every new or improved module is always automatically included for free. It's the same price now as it was over 10 years ago.

That aside, it takes more than great site-building software to build a successful e-business.

That is where you come in. Do you have BAM?

You need BAM to succeed at any business, online or off.

If you don't have it, stop reading. No one should ever promise you can build an online business without it.

If you do have it, you still need more than a slick sitebuilder, your own domain name, and web hosting. That's where non-SBIers start. Sooner or later, you come to realize... 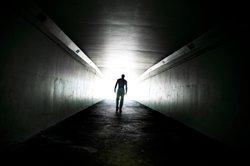 No one has enough time to research, try, sort out and assemble everything else into the system of process-and-tools that you need for e-business success. It takes several full-time jobs to...

The Web is too complicated to figure it all out by yourself. And it gets more complicated every year. You need an integrated system of "all of the above." That's SBI!.

So why have SBIers happily put up with a "clunky" sitebuilder for the last few years?

You tend to do that when you can focus totally on your business and build income, while competitors build frustration.

Even a technical no-hoper like me could see that having a site that attracted motivated traffic was waaaaay more important than a sexy site with little or no traffic. Now we have both great looks and traffic!

You do that, too, when you sell your business for tens of thousands of dollars, and then start another.

While BlockBuilder 2 (including the new Site Designer) is only one piece of the puzzle, it's a big one. More powerful, easy and fun-to-use software makes more than sharp, modern-looking sites. It makes you more productive.

Like the original BlockBuilder, BB2 eliminates the need to know any HTML, CSS, PHP, and every other acronym. And like BB1, it trains you in efficient and effective page-building as you build. Unlike BB1, BB2 delivers.... 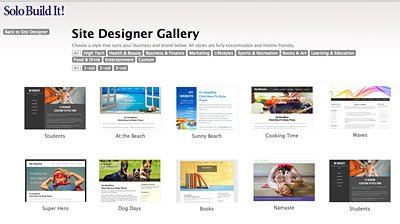 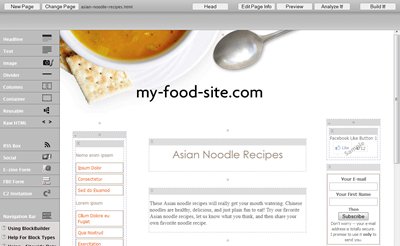 Since BB2's release in 2012, it has become the "cornerstone tool" of SBI!. No sitebuilder makes the difference between success and failure (see below for why). That said, our constant updating of new features (e.g., mobile-friendly, responsive design) keeps SBIers on the cutting edge of site-building.

Want to see these features in action? Check out these videos!

SBIers are more effective and productive, extending their lead over competitors even further.

It's a productivity tool. Building and fine-tuning high-value content pages is now fun, fast, and easy.

Like any builder, though, it's not enough, not by itself...

No sitebuilder, not even BB2, is enough by itself...

And That's the Beauty of SBI! 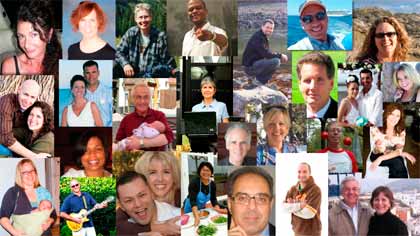 Why isn't superb site-building software enough to build a business?

As mentioned earlier, you are one person, alone.

It's too much work to figure out the firehose of information, let alone keep up with it all.

It's too complicated to sort through the crowded maze of tools that you "must have."

It's too baffling to find the best forum for each type of question you may have, let alone to be sure of the motivation behind an answer. The SBI! Forums are the only ones you'll need...

Everyone speaks the same language. No one tries to sell you anything (e.g., affiliates who'll give you bad advice for a commission, and outright con artists).

That is the true magic of SBI!. It always has been.

SBI makes mind-blowing promises and then overdelivers on them. Love it!

Close this window, returning to where you were. Or order SBI! today and get started now. It's risk-free because you're covered by the 90 day Money-Back Success Guarantee.

"Success seems to be connected with action." (Conrad Hilton)

"Most people get ahead during the time that others waste time." (Henry Ford)

Online Business Failing? Fix It or Drop It!

The statistics on solopreneur success are dismal. SBI! increases your chances of success by more than 100x!

The biggest dilemma of the failing solopreneur is figuring out whether to give up or not. No one wants to quit too soon. And no one wants to spend good time after bad. It's a tough problem. Here is the perfect solution...

Use SBI!. Start from the very beginning of the process. "Pretend" to start over. Follow our "Action Guide" and use the tools to the 5th of 10 steps. You will be sure of which road to take...

🚫 Flawless research with objective tools uncovers fundamental errors that are either not fixable, or not worth fixing. This is almost always due to inadequate upfront preparation and research. Start over, this time using SBI!.

✅ You find fixable problems with your online business. Work your way through the rest of the Action Guide, making changes as needed. Your fortunes will turn.

Bottom Line: If your online business is failing, either close this window and keep reading about SBI!, or try SBI! now, risk-free (or, if you use WordPress, read more about SBI! for WP).

The Internet changes fasssst. Most changes are not relevant to doing business online, but many bloggers are quick to comment and to recommend changes.

The noise is intense and it can cost you a lot of misspent time, and not just by trying to read it all. You can lose a ton of time when you follow poor or premature recommendations (especially if they turn out to hurt your business).

Major new developments? We are as proud of being followers (when watchful waiting is the wise course) as we are to be first-to-market when we are 100% sure that something new is both important and will "stick" (e.g., first to update our site-building software to automatically create sitemap files).

We'll provide a few more examples when you close this message, but the bottom line is this...

SBI!'s driving mission is to enable you to succeed. It starts with the perfect all-in-one process/tools/guidance/help business-building solution. Its effectiveness is multiplied by enabling you to focus 100% of your time on your business, period. In practical terms...

In short, auto-updating delivers 100% business-focused efficiency. SBI! saves you hundreds of hours per year, time that you put into your business!

Doing it right and staying focused are why SBIers succeed way more often than other solopreneurs.

No product is perfect for everyone. I only want you to use SBI! if it's right for you. You likely feel the same.

If you're like me, you tend to delay important decisions because you're not 100% sure. Have you noticed how you only truly become 100% sure after you purchase and use a product?

We Will Refund You Immediately!

There Is Literally Zero Fine Print!

Since 1997, SiteSell has built a rock-solid reputation of honesty, quality and service. We work with individuals of all ages (over 30,000 customers!), institutes of higher learning, existing businesses of all sizes, and vendors who all know that we mean every word we say.

If you ever feel that we haven't lived up to this promise and guarantee, report it to us on the Solo Build It! Facebook page in front of our hundreds of thousands of fans and happy customers.